For all the bad press MPs receive routinely about their long summer recess from the House of Commons, recent history suggests it barely affects their parties’ respective rating in the opinion polls.

We’re about to begin the last summer break of this parliament. The Commons formally rises on 22 July and returns on 1 September. If tradition is anything to go by, the poll ratings enjoyed by each party on the day the recess begins will be almost unchanged on the day their break concludes.

I’ve compared the YouGov polls published at the start and end of each recess since the present parliament began in 2010.

Last year, Ed Milband was mocked in the media for enduring a “summer of discontent”. Fellow MPs were criticising his leadership, the Tories seemed to be announcing a new initiative every day, Miliband was nowhere to be seen for weeks on end, and when he returned to the public eye he got hit by an egg. Yet Labour’s poll rating finished the summer higher than at the start: 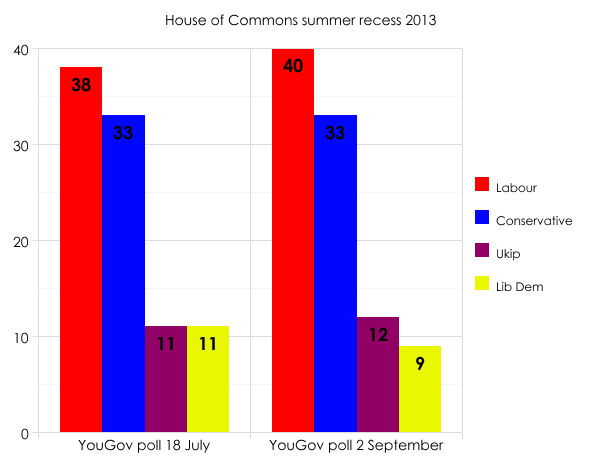 Maybe Ed Miliband should go on holiday for even longer this year.

In 2012 a similar thing happened. Labour didn’t come in for quite as much hostile coverage, but the party still finished the recess up in the polls. 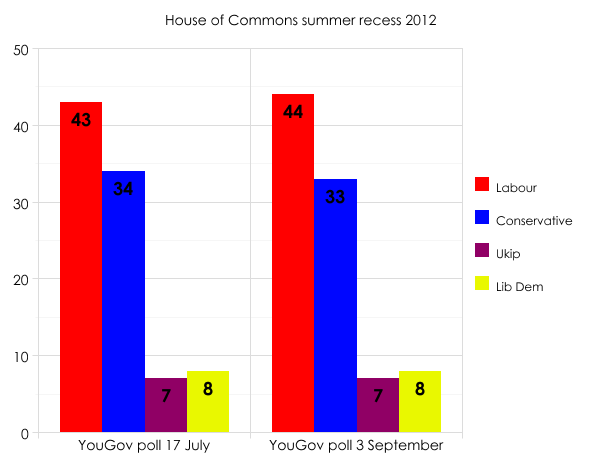 It’s funny to be reminded of a time when a political party regularly scored above 40% in an opinion poll. We’re not going to see such an occurrence again for a long while – not this side of the election, at least.

In 2011 YouGov had yet to start separately reporting Ukip’s ratings. The party was polling consistently behind the Liberal Democrats, who began the summer above 10% but ended it just below. 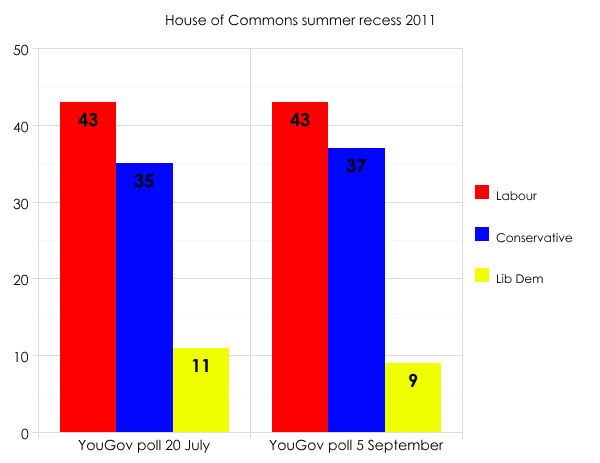 Once again, barely a whiff of any change.

Finally, here’s YouGov’s poll from the day the 2010 recess began, compared with the one published at its end: 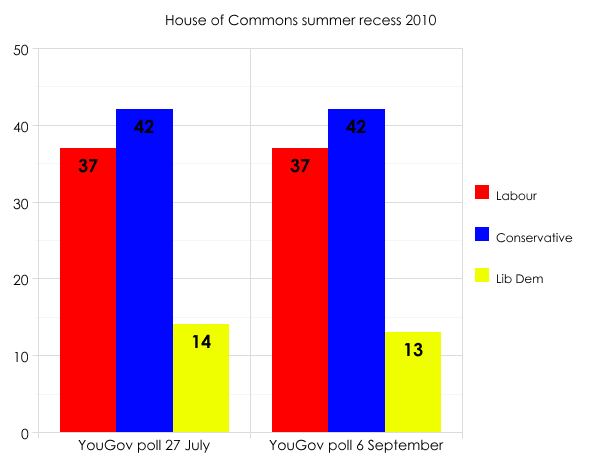 This was still only a few months after the general election, but already the ratings for both the Tories and Labour were higher than their share of the vote on polling day (36% and 29% respectively) while the Liberal Democrats had begun their journey downwards from an election peak of 23%.

The act of leaving the House of Commons for summer always brings down contempt upon the heads of our MPs. But once they’ve gone, maybe people don’t actually miss them. If polls are to be believed, maybe MPs do their parties some good by not popping up in the media day in day out.