…but one of them wasn’t the Liberal Democrats.

Northern Ireland declared its final set of results earlier today, meaning we now have a complete line-up of the UK’s newly-elected 73 MEPs: 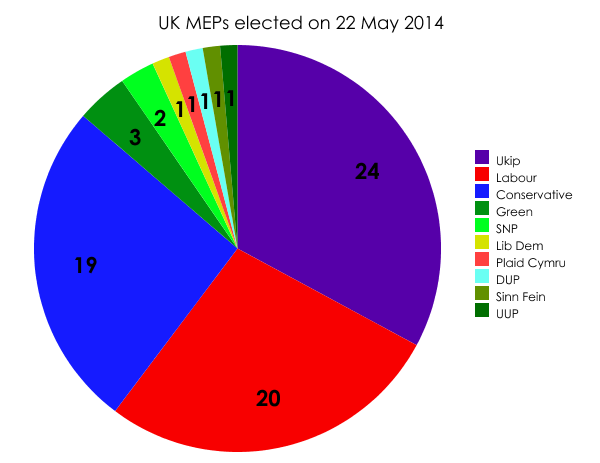 Prior to the election these MEPs were divided between 14 parties. Now they are split between 10.

For a while it looked like this number could have ended up even smaller. But Catherine Badger managed to stave off what some thought was inevitable and ensured the Lib Dems survive to live (or possibly die) another day.

Three of the four parties that were wiped out had been formed from splits among MEPs from the right and far-right.

An Independence from Europe and We Demand a Referendum had been set up after Mike Nattrass and Nikki Sinclaire respectively fell out with their erstwhile boss, Ukip leader Nigel Farage. In last week’s elections, both lost their seats to representatives of their former party.

The British Democratic Party had been established by Andrew Brons after he fell out with his erstwhile boss, BNP leader Nick Griffin. Brons also lost his seat last week.

The fourth and final party to disappear was the BNP itself. The 8% share of the vote Griffin won in 2009 in north-west England shrank to just 1.9%.

I had wondered whether Jill Evans of Plaid Cymru might not hang on in Wales, but she did. Wales and Northern Ireland were the only two regions where the result in 2014 was identical to that of 2009.

Despite these elections taking place using a system of proportional representation, the final distribution of seats was not quite on a parity with the distribution of votes. 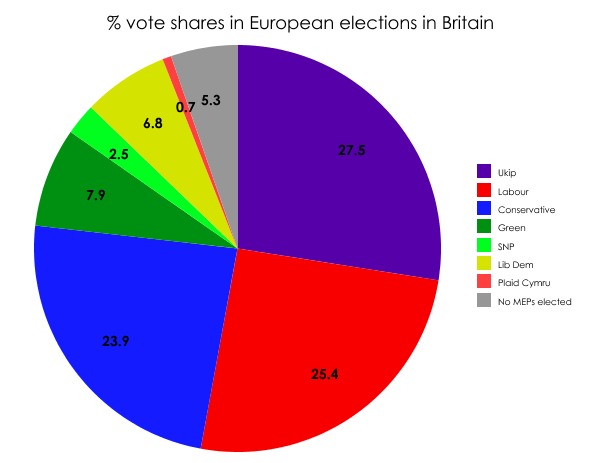 (No comparable figures for share of the vote in Northern Ireland are available, due to the different form of PR used in the region.)

Just over 5% of those who voted in last week’s elections are unrepresented in the new European parliament. That’s roughly one in every 500 voters.

Note also that the Greens were able to pick up three seats on 7.9% of the vote, but the Lib Dems only managed one on 6.8%. Plaid Cymru needed to amass only one tenth of the Lib Dems’ vote share to win the same number of seats.

I’d like to think that if there was a truly proportional voting system, someone would have invented it. But then again, I’m not sure such a thing is possible.