Another week with just one local by-election.

A seat on Carmarthenshire county council was up for grabs on Thursday, and it was held by Labour: 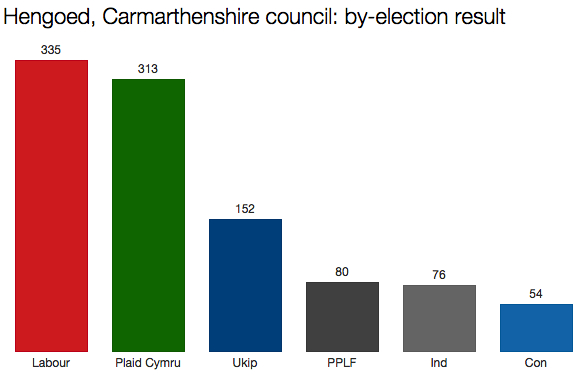 The number of votes between the first and second place candidates was considered close enough to merit a recount, which confirmed Labour’s majority of 22.

Ukip came third, the People First For Wales party fourth and an independent candidate came fifth. The Conservatives ended up sixth and last. Turnout was 35%.

Plaid has 29 seats on Carmathenshire council while Labour has 22 and the Independent Group has 21. Labour continues to run the council in coalition with the independents.